If I told you germs and viruses don't cause disease! That you can't "catch" another person illness. Coughs and sneezes DON'T spread diseases! You may think I am crazy. Read for yourself and make your own decision.

Hello. My name is Dr Barrie Oldham, an osteopathic and naturopathic physician working in the field of traditional medicine for over 30 years. Before I studied traditional medicine I trained in pharmacy which has helped me to understand the Western Medicine paradigm and how it is used to treat patients.

I remember in the early days of my pharmacy training taking six petri dishes each containing different nutrients and leaving them open to the air for several hours. They all grew different bacteria depending on the nutrient base. The lecturers told me that the bacteria only grew on certain nutrients. Just what is Pleomorphism?

Ever since the dawn of human civilisation man has been beset with disease of one kind or another. The ancients thought that disease was a curse of the gods and that to overcome disease one had to offer gifts to the gods in the form sacrifices or rituals. The same was true if they suffered a bad harvest or the crops died. Corn dollies and other fertility rites and practices are still seen today.

We now understand that all planets (not just the sun or moon) have an influence on growth on the earth. Much of the ill health and crop failure were due to the adverse influence of cosmic forces and today medical astrology and biodynamic farming understands the interrelationship of the planets and their effects on the Earth and its inhabitants in more detail. Let Food be your Medicine and Medicine your Food

Hippocrates (460BC – 370BC) the so-called father of modern medicine was a Greek doctor working at an ancient hospital on the island of Kos and was considered the first doctor in medical history to rationalise medicine. He removed the superstition behind disease and developed a rational understanding of disease processes. He recognised that diet, structure, sanitation, poisons, emotions and climate were all causative factors in the disease process.

He spoke of the miasms carried on the back of the North winds during the winter months as a causation of disease. He had limited understanding of  anatomy and physiology because of the moral and legal restrictions surrounding dissection and so assumed, like Western Medicine, that some external agent was carried by the wind. He called this miasma; today Western Medicine calls it a virus.

His concepts of the four elements and the humours paved way for Galen, a Roman doctor to develop the qualities which are so important in traditional Greek medical diagnosis and treatment.

Galen’s work was superseded, collated and unified by the famous Arabic doctor Ibn Sina (known in the Western world as Avicenna) who wrote many books, the most famous of which was the Canon of Medicine, a five book volume outlining aetiology, diagnosis and treatment according to Greco-Arabic Medicine. Avicenna’s influence over Europe’s greatest medical schools extended well into the early modern period.

In the medical schools of the United Kingdon and many other Western countries today, doctors are taught a lie. This lie is a particular viewpoint about disease called The Germ Theory. The scientist credited with discovering it is Louis Pasteur, also credited with finding a cure for Rabies. Pasteur has been heralded as making some of the most important discoveries of all time. Yet, when we look at the historical evidence, we see that Pasteur was an incompetent fraud!
Not only did he NOT understand the processes which he experimented with and wrote about, but most of what he is credited with discovering was plagarized from scientists previous to or contemporary of his. For a thorough rendition of this history, you can read the full text of the 1940’s book “Pasteur, Plagarist, Imposter” by R.B. Pearson. Basically, it boils down to this: Both Pasteur and a contemporary of his, Antoine Bechamp, were experimenting with the process of fermentation. The prevailing theory was that fermentation was a simple chemical reaction, but the experiments of Bechamp showed that fermentation was a process brought about by microorganisms in the air. Pasteur continued to insist for some time after Bechamp’s discovery that fermentation was a process that did not require oxygen because it was a lifeless chemical reaction (called spontaneous generation). It took Pasteur many years to finally grasp the concept that fermentation of sugars is caused by yeast fungus, a living organism. When he did grasp and write about these concepts, he presented them as his own discoveries, giving no credit at all to Bechamp. So at the very least, he was a thief and aplagarizer, and at the most, a poor scientist Throughout their lives, Pasteur and Bechamp continued to experiment with microorganisms. Pasteur continued to adhere to the idea of Monomorphism, the belief that all microbes and bacteria have only one form. Bechamp was able to prove, however, the existence of Pleomorphism, that microbes can alter their form to appear as different germs. This discovery was confirmed by many scientists that came after Bechamp, including Gunther Enderlein.

In his experiments, Enderlein found that every living cell contains two distinct kinds of microorganisms called endobionts (which means “inside life”). We now know these cells as Endosomes. They play an important role in cellular health. The state of a person’s health is determined by the stage of development of these organisms. Enderlein found that all endosomes that live permanently in our bodies go through three stages: Okay enough of the theory let’s get into the practical aspects of pleomorphism. I have used a dark field microscope for over 15 years during which time I have seen and documented the changes that occur in live blood whilst on the microscope. I will first explain why the endobiont changes into bacteria and fungus and then show some slides of the actual process seen in a dark field microscope. First let me explain what a dark field microscope is. It is a high-powered microscope which uses light to stain the cells so that they can be seen. Western Medicine uses chemicals to stain the cells and therefore the cells are killed. They have no qualitative value only quantitative value. Even the quantitative value is compared to an average value so has no meaning for the individual person other than having average values for the blood test.

Let’s start with a simple disease called influenza. The “flu” season starts around November and finishes in April each year. It is claimed that there are 300 different varieties of influenza virus so it it difficult to predict which will be prevalent during a particular year. Don’t you think it strange that we only catch one at a time! For some reason the “virus” disappears for the rest of the year and from April to November we are free of this invisible invader.

So what happens to the “virus” between November and April each year? It is believed it travels to the southern hemisphere and creates their “flu” season.

The lungs are particularly sensitive to changes in temperature and of course during the winter months the temperature drops. When we breathe in the cold air the tissues in the lungs contract and become congested. Without being able to receive nutrients and excrete waste the cells die.

A combination of events that happen. Firstly as the cells start dying they release exosomes informing the other cells of the imminent danger. Secondly the pH of the surrounding tissue decreases causing upward development of the endobiont into bacteria.

Bacteria are saprophytic, in other words they only feed on dead material and will not attack live cells. The death of the cells are responsible for the growth of the bacteria in a similar way to one would see fireman at the fire but they did not cause it. You were sick before the bacteria started to digest the dead cells.

Let’s dispel a few myths perpetuated by the “information givers. Firstly we are told there are approximately 30 trillion cells in the body and the same number of bacteria. It is estimated that 50 -70 billion cells die each day from apoptosis.

If bacteria were present in the body in the guestimated numbers it would double the size of the person and probably through apoptosis cause it to explode before the end of the day bearing in mind that bacteria double in number every 12 minutes to 12 hours.

However it can exist in its endobiont form pleomorphing to bacteria when the body’s terrain needs detoxifying. 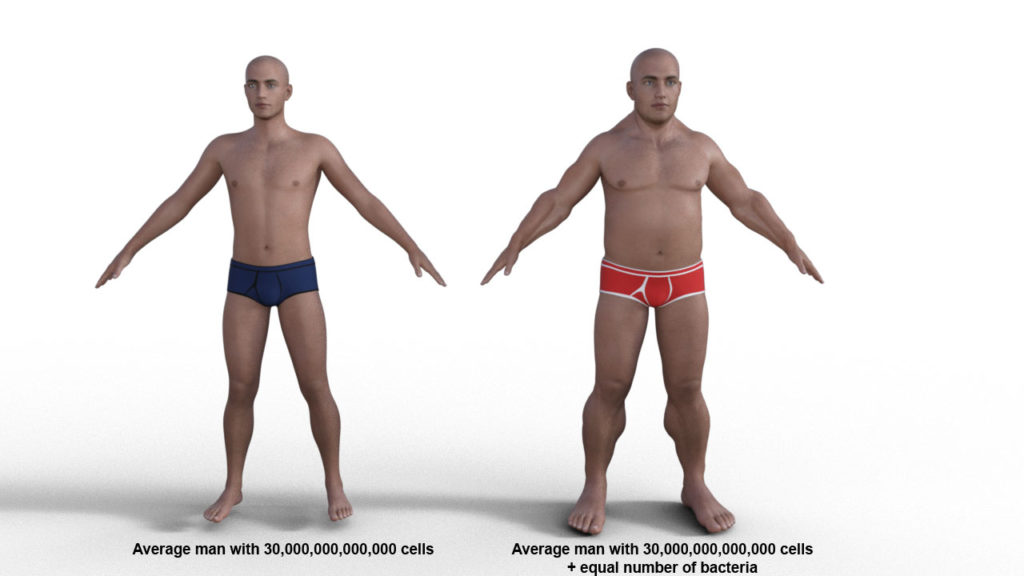